10 things you need to know about India’s mobile market 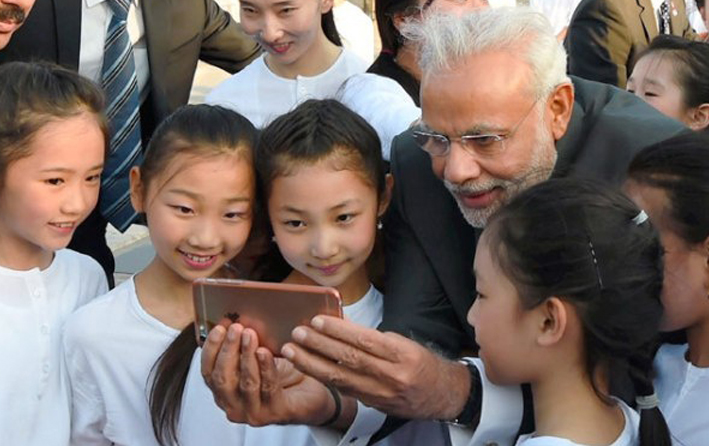 In celebration of launching the first ever Google Play carrier billing activation in India, Bango has gathered 10 must know facts about the nation’s thriving mobile market:

1: India accounts for 20% of the world’s mobile phone subscribers

New data from GSMA states that India will be the fastest growing mobile market in the world between now and the year 2020. India is home to 20% of all mobile phone subscribers with a further half a billion new smartphone users expected in the next 3 years. The market has limitations in terms of infrastructure, especially with regards to mobile data coverage, broadband links and payment options. However; everything looks in place to further improve this infrastructure, developing India into a powerhouse in the mobile market [See fact 5].

2: Smartphones are finally taking the nation by storm

The need for more mobile phone data, power and features is ever-present across all regions, with the Indian market being no exception. Consumer needs have changed at an unexpectedly fast rate. The rapid adoption of smartphones has led to unexpected demand for high-powered devices which exceed the manufacturing infrastructure of India.

Smartphone demand exceeds supply, with 26.5 million shipped to India from April to June 2015. A record-breaking number up 44% from the 18.4 million units shipped during the same period in 2014. Worldwide smartphone sales in 2016 fell to single digits for the first time ever according to Gartner, India’s market has bucked this trend, with a 29% increase in 2016, taking the world’s fastest growing market to a staggering 22% ahead of market average.

While the need for high-end smartphones continues to excel, lower-end mobile phone sales have hit a steady decline. This may spell bad news for local feature phone manufacturers, but the paradigm shift as a whole will benefit the telecoms industry in the country.

3: India’s mobile market now bigger than the US

The last year has seen an incredible shift which has taken analysts and industry experts by surprise. Data from Q3 2015 forecasted that India would overtake the US in size of market by 2017. By February, reports emerged that India had already surpassed the USA and cemented itself as the second largest market, with a 15% growth in Q4 2015.

With established smartphone markets beginning to stabilise, India continues to exceed boundaries with its rapid adoption. A recent study found that “India will grow nearly five times faster than the world’s largest smartphone market China, where growth has decelerated.” China has been the established world leader in the mobile market for many years, with saturation being reached. Due to this oversaturation, Chinese manufacturers are capitalising on the Indian opportunity, with companies such as Xiaomi and Huawei investing  into the region.

4: Smartphones are the dominant point-of-entry to the Internet

Smartphones are proving to be a primary device for enabling the digital world in the region. Not only are over half of internet users solely mobile, nearly 60% of users accessed the internet for the first time on their mobile phones – a clear contrast to many other countries, where desktop and laptop are the first devices used.

Mobile venture capitalist Benedict Evans recently said, “For hundreds of millions of people, mobile phones are not just their first computer but their first electrical device of any kind”. This has never been more relevant to a market than India, where multiple generations are being introduced to the connected world solely through mobile phones.

5: 4G still only reaches <1% of the population, but has huge potential

While countries such as China are looking ahead to 5G and beyond, India’s adoption of 4G is only just coming into fruition. Morgan Stanley estimates 4G smartphones will account for 75% of 170 million shipments to India by the end of 2016, even though 4G currently has less than 1% subscriber penetration in the country.

This shift is mostly due to the Prime Minister’s tech-savvy plans for the country, issuing legislation to roll out 4G networks to established areas and enable access to those with no routes towards mobile internet. While the country’s mobile economy is still in its infancy, the scale of adoption for developed services such as 4G is massive.

Android completely dominates the mobile OS market in India, with a market share of over 90% according to IDC. This market share is largely down to the accessibility of Android devices, with a low entry-level cost for smartphones compared to other devices currently in the space.

Products such as the Android One, which launched at a sixth of the price of the iPhone 6, are key to strengthening the dominance – by making low-cost, entry-level smartphones accessible to India’s feature hungry population. However, Android devices will have to grow with the market and adapt fast, with Apple’s seemingly intent rapid expansion in the Indian market. Apple CEO Tim Cook recently outlined Apple’s focus on India and plans for the country, including carrier billing and the launch of Apple Pay.

Fuelled by growing smartphone penetration and the evolving mobile payment infrastructure landscape, the Indian mobile gaming industry, currently estimated at $200 million, is all set to breach the billion-dollar mark to reach $3 billion by 2019 according to a recent study.

India has come from under the radar in recent years, establishing itself rapidly as one of the largest mobile markets in the world. A report released in 2015 estimated that India’s market for mobile commerce would expand from $2 billion in 2014 to $19 billion by 2019, with a large portion of this coming from mobile gaming.

“Mobile gaming has taken off in India with 2.5 billion game downloads over the last 12 months. Of the 20 apps that are downloaded by smartphone users within the first month of purchase, five are games.” Amit Khanduja, CEO of Reliance Games.

Having full access to the range of apps on the Google Play store is vital for the development of India’s smartphone revolution. Studies into Indian users’ app behaviour found that “relationships with them has turned from occasional use into a real dependency. It is because of this that our personal app ‘collections’ represent our unique needs, personality and interests.

58% of smartphone users in India believe apps truly benefit their lives, with 77% of having up to 30 apps on their smartphone. With such a high proportion of Indian mobile users being so app reliant, Bango’s carrier billing partnership with Idea Cellular and Google Play will enable users to enjoy the complete app store experience.

9: App store content revenue only running at 15% of its current potential

India currently has only 19 million credit card users amongst its 1.3 billion population, limiting the purchase of apps substantially below customer demand. “We limit ourselves only to these credit cards and these limitations have easily taken it down to fifteen percent of what our revenue should be”, said Indian mobile industry expert Saurabh Aggarwal. Just before the launch of Google Play DCB in India with Bango, Saurabh stated, “We think that there will be an instant increase in users as soon as this happens.”

Another factor which looks likely to increase app store purchases is the change to minimum prices in the app stores. The lowest price that can be charged for content has been lowered in the hopes that scaling down prices to match the incomes of Indian gamers will encourage higher end-user spend.

10: Carrier billing has been outlined as the perfect solution to mobile commerce needs

Carrier billing as a payment solution is perfect to disrupt the entire Indian mobile sector, enabling the 97% of users without a payment option for app stores the opportunity to engage for the first time. Payment methods such as credit card can’t be used to create a frictionless experience that meets the accelerated demand for digital content. DCB consumers don’t have to provide layers of security as is the case of debit/credit card or net banking, making DCB the safest and fastest mass payment method. Bango is proud to bring a much-needed service to India’s most popular app store

India’s mobile market is an anomaly of sorts – already reaching massive heights, but nowhere near hitting saturation. Initiatives to increase the reach of broadband and mobile signal will only heighten this growth. Bango is delighted to have launched the first Google Play carrier billing route into the country, enabling millions of people to interact fully with app store content, a large majority of which are gaining access for the first time.