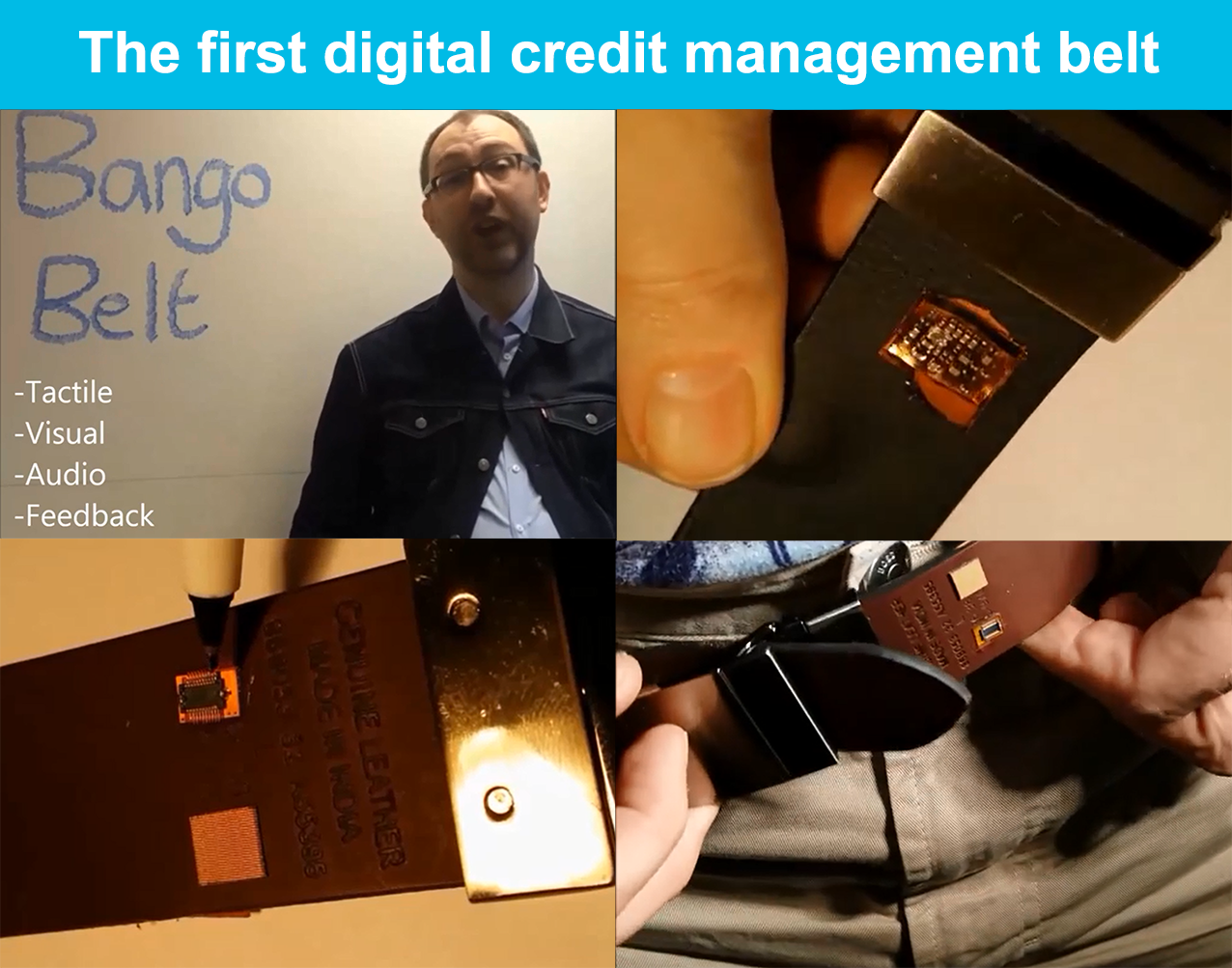 Payment has gone truly personal with news today of a wearable payment device.“Bango Belt” provides “command and control” features, giving the wearer real-time feedback on charges to their mobile phone bill and the ability to control spending limits by adjusting the belt. Worn – as expected – around the user’s waist, the Bango Belt continues to do the job of holding-up the wearer’s lower body clothing in a dignified fashion, while at the same time ensuring they don’t “lose their shirts” through a heavy-handed phone spending habit. Now nobody needs to be crushed by their Candy Crush habit…

The goal of the device is to extend one of the world’s most common wearables into a valuable personal device for managing on-line payments. With a range of tactile, audio and visual feedback mechanisms already available on connected devices, the Bango Belt will actively notify the wearer of significant payment events and activity. Moreover, the user will be able to manage payments by changing belt settings.

“A wearer will be able to literally tighten their belt”, said Bango’s Vice President of Product Marketing, Andy Bovingdon. “By actively moving the belt one or two notches tighter, the wearer’s spending limits will be reduced, preventing unwanted over-spend on their prepaid or post-paid account. The user can of course loosen their belt at any time they want to increase their spending ability.”

The Bango Belt has been developed at Bango’s Innovation Lab in Silicon Valley’s San Francisco. It is designed to provide mid-body feedback that will be instantly noticed by the users. A range of vibrational modes is supported, and the belt will momentarily squeeze the wearer, or vibrate, each time a pre-linked phone account is billed. Parents can therefore link children’s phone accounts to the same belt, so that a different notification signal can be selected to indicate which of their children has made a purchase.

“The parent can simply reduce the circumference of their belt, to manually control the child’s spending limits,” added Bovingdon.

Bovingdon says that working on the project has spawned a range of belt-based jargon. A “double-belter” describes a user who suddenly finds the need to keep a tight rein on their spending, so sets the belt at a very low spending cap level. Similarly, there is a category of “snakehip” users, whose belts are set permanently at a low spending level. Conversely, “loose belters” are happy to unrestrict their spending and will generally be high ARPU “Digital Gluttons”.

Bango notes that in high post-paid markets, users often exhibit “belts off” behaviour, where at the beginning of a month users will spend-out their monthly limit in the first half of the month. Once spent out, these users are literally belted, and are often driven to gift cards or other payment alternatives to maintain their spending levels.