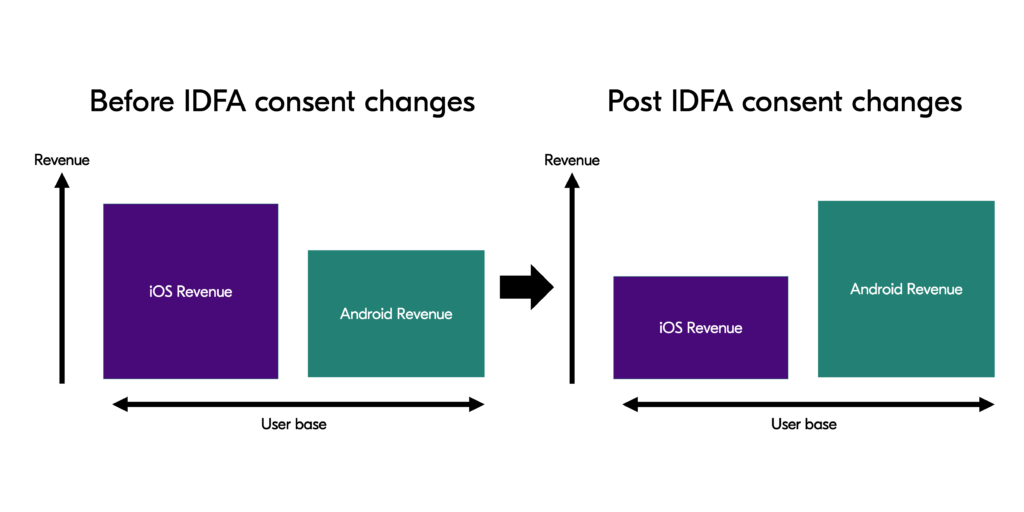 Apple is rolling out a fundamental change to the way they allow apps to track users, you must now explicitly opt-in. This was announced last year and sent a shudder through anyone involved in app marketing.

Users must explicitly opt-in to allow apps to track them, marking a reverse to the user having to explicitly opt-out. App marketers argue that this will make ads less relevant because personalization is not allowed until a user opts-in, for example I don’t want to see ads on garden furniture because my main interest is cycling and I live in an apartment! Apple argues this is a major step towards their goal of protecting users’ privacy. Business cynics may think this is actually designed to move Apple a step closer to creating its own ad ecosystem.

Whatever the reasons and whatever the outcomes, this does present an opportunity. These changes are inevitable and going ahead. Many companies, Facebook being the highest profile, are lobbying Apple to reconsider but in the meantime app marketers still need to forge ahead with user acquisition. So why not use this as a catalyst to change your strategy and focus on the users that really matter – payers – and those that are unaffected by these changes – Android users. It’s true that iOS users are valuable but what if there was a way to mitigate the loss of reaching them?

By focusing on payers you can increase the conversion rate from install to payers inside your app. This is the approach many app marketers are adopting for 2021 and beyond. They see the reach of iOS users decreasing in the Facebook audiences they create so they are partnering with Bango to produce optimized Facebook audiences that allow highly focussed targeting of payers, which compensate for the loss in reaching iOS users.

Bango processes billions of dollars of app payments every year largely, but not exclusively, from Android users. These users are likely to pay and remain unaffected by the IDFA consent changes being rolled out.

Try a Bango Audience in your next Facebook campaign

"By focusing on payers you can increase the conversion rate from install to payers inside your app."