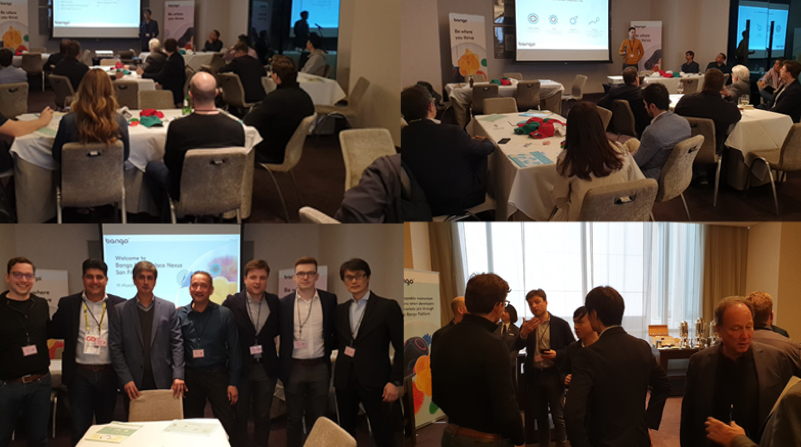 What happened when a tight gathering of app developers were treated to a deep dive into the exact science of acquiring paying users who provide 80% of their revenues?

Over twenty developers from North America, Japan, China and Europe joined Bango to discuss how to “find the elusive 5 per cent of in-app purchase (IAP) users” – the segment of users that download a game who then go on to become high value, long-term, revenue-generating IAP users. Taking place in San Francisco this week during the Games Developer Conference (GDC), the latest Bango Marketplace Nexus event provided a winning strategy for increasing app developer marketing success.

App developers and Mobile Network Operators engaged in discussion and agreed that their current strategies largely depend on sheer numbers. Acquire enough users, and somewhere from that crowd the “payers” will emerge. But without enough downloads, the numbers that directly monetize are few and far between.

Guy Singh from Bango challenged this thinking. Within 30 minutes, app developers began to agree that marketing to a smaller, more targeted audience could, in fact, produce more paying users. Taking this approach has the benefit of lowering the cost to acquire users and lead to better ROAS (return on ad spend).

App developers were intrigued by the proposition that if you identify which segments from your audience have a propensity to pay, you can reduce the scale of your campaign, target fewer users, and generate a significantly higher ROI.

In terms of the mechanics of how easily this type of high yield marketing can be realized, Guy took the gathering through an example of audience creation on Facebook. He demonstrated how Bango-originated payment insights can be applied to a campaign with immediate effect, with total data security and with no effort on the part of the app developer.

Speaking at the event, Matt Mandel from Smule, makers of the insanely popular Sing!Karaoke app, concurred with the proposition, and said that the application of Bango payment audiences to his campaigns in Indonesia had generated a better than expected percentage of downloads, as well as “significantly more” IAP revenue from these campaigns.

“How much?” was the first question one app developer asked. Payment audiences are available live in Bango Marketplace, an online portal to access paying customers. Prices vary by country and audience size, but any app developer attending Bango Marketplace Nexus was able to get their hands on a $5000 trial audience, to directly capture the benefits explained by Matt.

The evening continued with the app developers participating in a rapid, 20 second Bango Marketplace registration, and a longer and more leisurely browsing of payment audience segments currently offered in Bango Marketplace – fueled by hors d’ouvres and a well-stocked bar.

A new gaming platform called ‘Stadia’ was announced by Google at GDC, and a unique approach to targeting and monetization was announced by Bango at the Bango Marketplace Nexus, both making for a memorable Tuesday at GDC 2019!