iPhone: Not the only game in town

Home News iPhone: Not the only game in town 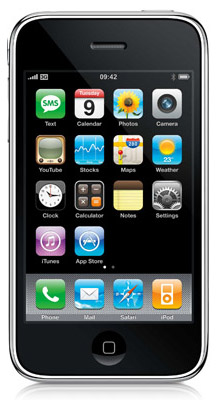 iPhone - not the only game in town

I love the Apple iPhone. It’s done more than most to get people browsing the internet on their phones. As the CEO of a business focusses on helping companies capitalize on the mobile internet, this is great news.

Apple’s PR machine has worked with a mass media that has never been actively courted by phone makers in this way.  It has managed to whip up such a flurry of interest in the iPhone that you might think it is the only phone that has a browser.

The iPhone is undoubtedly a cool device, favored by Marketing types and executives in media, advertising and wireless. If all your friends have iPhones, then it’s easy to think everyone has one.

When I saw an article in Mobile Marketer that provided an un-sourced sound-bite: “The iPhone comprises 8.2 percent of all U.S. handsets and 67 percent of all mobile traffic”, I was stirred into action.

Knowing how hard it is to get any accurate read on internet traffic and traffic from mobiles in particular, that statement not only seemed rather implausible, but also the “67 percent of all mobile traffic” claim sounded so sweeping as to me meaningless.

Is that 67% of bytes transferred? 67% of pages accessed? 67% of user sessions? What is “mobile”? Is it mobile devices browsing via all routes (WIFI and mobile operator)? Does iT include mobile use of laptops? etc etc.

Apple and AT&T claim there are about 8 million iPhones in use in the USA(about 5% of handsets, and about 9% of handsets that connect to the mobile web). Comscore says: “While smartphones and high-end feature phones, like the Samsung Instinct and LG Dare comprise the Top 10 devices used for news and information access, 70% of those accessing mobile Internet content are using feature phones.”

Many Blackberry and Treo users access the internet. When you walk down the street in any American city, you definitely see people with iPhones but also lots with Blackberries, Razrs and the new Samsungs.  Millions of Sprint, T-Mobile and Verizon users certainly browse the web on their devices.

comScore also says: “Among the audience of 63.2 million people who accessed news and information on their mobile devices in January 2009, 22.4 million (35 percent) did so daily; more than double the size of the audience last year.” So ten times more mobile users accessed news and information websites on their mobiles in January than owned an iPhone. That sounds very plausible.

The reason many people come up with these 67% numbers is that website owners look in their weblogs and see iPhones visiting. They look to see if any other phones visit (Blackberries, Windows Mobile etc.) and find that iPhones are in the vast majority. What they don’t see is the millions of accesses to sites that are promoted to mobile users and that work well with other mobile devices.

Another reality check is that Bango sees traffic to thousands of mobile optimized sites from more than 40 million unique users every month. The iPhone is not featured in our statistics of the Top 20 handsets  for people browsing the mobile web worldwide, in fact it’s at 24th position.

Our stats reflect businesses that monetize their mobile content and services across a wide demographic as spending by iPhone users is restricted to the Apple App Store.  But, its clear that by just focusing your mobile marketing on the iPhone then you are missing out on the mass market.

Of course the iPhone has three big benefits as a “first choice target”:

On the other hand, the browsing limitations of the iPhone – especially its inability to download any content such as MP3, videos or apps from your website may cause problems.

Based on the number of handsets projected to be sold by the end of 2009, there are other choices to consider: Outside Japan and Korea, Nokia is the leader with sales of the S60 likely to reach 300m, followed by Windows Mobile and iPhone at about 40m , with RIM at around 25m and Google around 5m.

Whatever you do, don’t loose sight of the rewards that the mass market will bring by thinking that the iPhone is the only game in town.