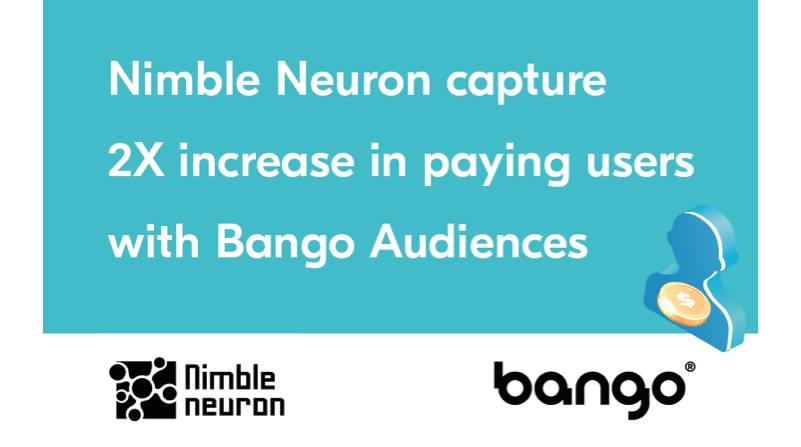 Korean app developer Nimble Neuron were really pleased with the results of their app marketing campaign after adding a Bango paying user audience. Not only did they capture a 2X increase in paying users for their strategy game, they also increased the engagement rate of users acquired.

Nimble Neuron wanted a higher percentage of users that installed to go on to pay in the app. In-app payments enable players to move through levels in the game, leading to greater engagement and a higher retention score.

To achieve their objective, Nimble Neuron focused their two-week Facebook campaign with a Bango Audience. This audience was made of people in Korea who had purchased in-app content in real-time strategy game apps in the last six months. This was layered with additional targeting filters to optimize towards their key demographic.

Bango Audiences are created using payment information gathered from over US$1Bn of in-app payments. By applying a Bango Audience, Facebook campaigns are targeted straight to users with a history of paying in apps so are more likely to pay.

“Wow! We doubled paying users for our strategy games and those we acquired were more engaged at every level of the game, simply by adding one step to our Facebook marketing campaigns. It was simple to add the Bango Audience of paying users.

We’re really pleased with the results and are looking forward to using more Bango Audiences. Targeting campaigns to new audiences of users with a history of paying for similar apps is a great short cut for app developers to grow revenue.”