Nokia / Microsoft and “the battle of the platforms”

Home News Nokia / Microsoft and “the battle of the platforms” 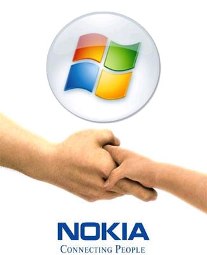 It’s the last day of MWC and the news of Nokia and Microsoft’s partnership is still grabbing headlines. The keynote by Steve Ballmer’s and Nokia’s CEO, Stephen Elop was one of the key highlights of this year’s show. We heard Ballmer talk about the importance of creating a “third ecosystem” and how it will be beneficial for everyone in the mobile chain, while also using the opportunity to point out the weaknesses of one of Microsoft’s strongest competitors – Android.

Google’s boss on the other hand chose to ignore the remarks and instead has offered to leave the door open to Nokia in case they change their mind and decide to join them. It later surfaced that Google had been in talks with Nokia about doing a deal but Microsoft got there first.

Bango predicted at the end of last year that a Microsoft/Nokia tie up was on the cards in 2011. We didn’t envisage it’d be as early as this, but as Ballmer said in his keynote on Monday “It’s moving from a devices battle to a platform battle.” Reading between the lines, there’s no time to waste.

But before everyone gets ahead of themselves, having heard all the details about the new partnership and what it means to consumers and developers, it’s now known that we’re going to have to wait until the fall at the earliest, to be able to get hold of a Nokia Windows phone. Nokia has decided to wait until a new version of the Windows operating system is released, to adopt Microsoft’s OS. At least this means, that

Nokia’s customers and developers will have more time to make up their minds and decide whether they will continue their loyalty to Nokia or if instead developers will use the opportunity to find an alternative platform to support, somewhere else.

We’ve known for a while about the hurdles developers face when developing for Nokia’s Symbian, so it doesn’t come as a surprise that some have already welcomed the tie-up with open arms. The new partnership not only will make things simpler for them but it will help create a more competitive market where they can innovate.

Some are already claiming the Symbian OS might have its days counted but as Ballmer said ” The Windows Phone ecosystem should ensure more innovation in the market, more choice for consumers and better opportunities for developers and service providers to showcase the enhancements they’re making to their networks.” For everyone’s benefit let’s hope he’s right.