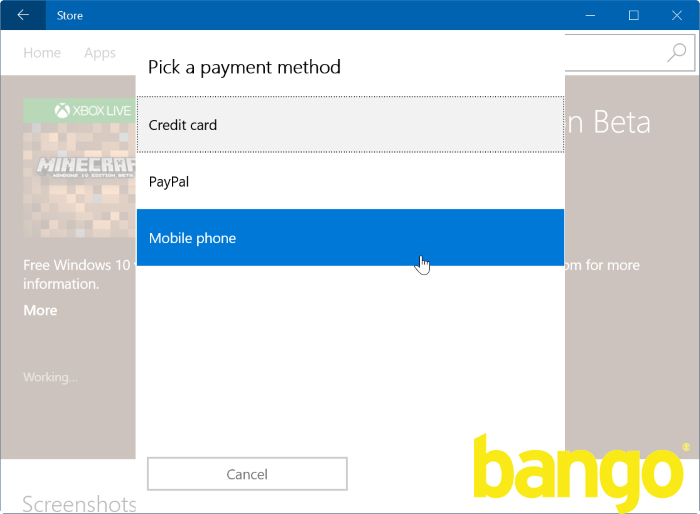 Windows 10 has been the most successful and fastest growing Windows launch in history. A recent Microsoft announcement highlights that:

The Windows release also showed that in-app purchases (IAP) continue to be the most significant source of overall revenue for Windows 10, accounting for roughly half of total revenue generated. The IAP model is particularly popular in the games category, which, according to Microsoft’s announcement, comprises over 85% of IAP purchases from October to December 2015.

This growth only looks set to skyrocket, with Microsoft’s Build 2016 conference unveiling huge plans for Windows 10, including new media, AI integration and partnerships with key app publishers such as Facebook. Windows 10 customers will be able to use carrier billing to pay for this content, on all Windows 10 supported devices, using the Bango Payment Platform.

Windows 10 as a platform is expanding rapidly, with frequent updates being publically posted here.