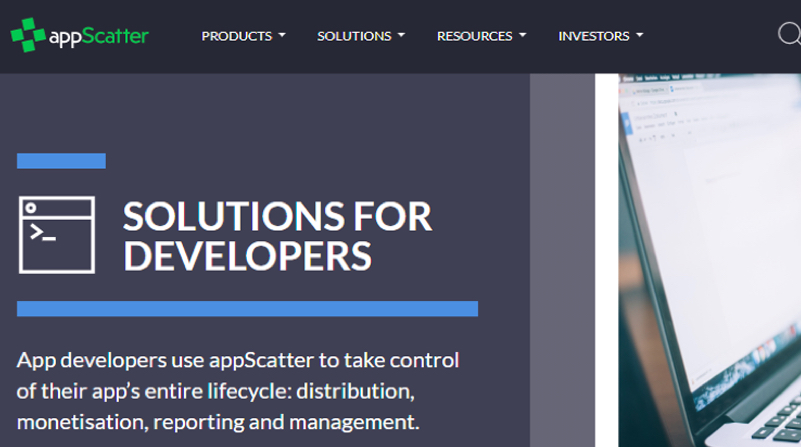 Tens of thousands of developers in appScatter’s network can now substantially boost their revenue by targeting marketing campaigns at users most likely to spend. End user spending on apps was estimated to be $106 billion in 2018 (App Annie, 2018), with app developers spending around $39bn (AppsFlyer, 2018) on marketing to gain a share of this fast-growing market.

Partnering with Bango gives the global appScatter developer community a unique way of targeting the small percentage of in-app purchasers which generate the majority of app developer revenues. On average, 5% of mobile users deliver over 80% of revenue (AppsFlyer 2018, Statista 2018, AppBoy 2018). Bango delivers these ‘golden users’ to app developers. By applying Bango audiences, which protect user privacy and ensure user consent, the revenue generated from marketing campaigns has been proven to increase by more than 2x.

Philip Marcella, CEO at appScatter commented; “Bango Marketplace is a new and unique approach to maximizing ROI from user acquisition campaigns. App developers can now spend on marketing that is focussed on the highest value users that are most likely to pay. By leveraging the audiences from Bango Marketplace, our developer community can access users that are proven to pay for apps, gaining more active users and more revenue through cost-effective, targeted marketing spend.”

Ray Anderson, Bango CEO commented; “We are excited that appScatter’s high quality network of app developers can join Bango Marketplace. Thousands of app developers with a track record of success can now browse and order Bango audiences online, to significantly optimize the monetization of their apps.”